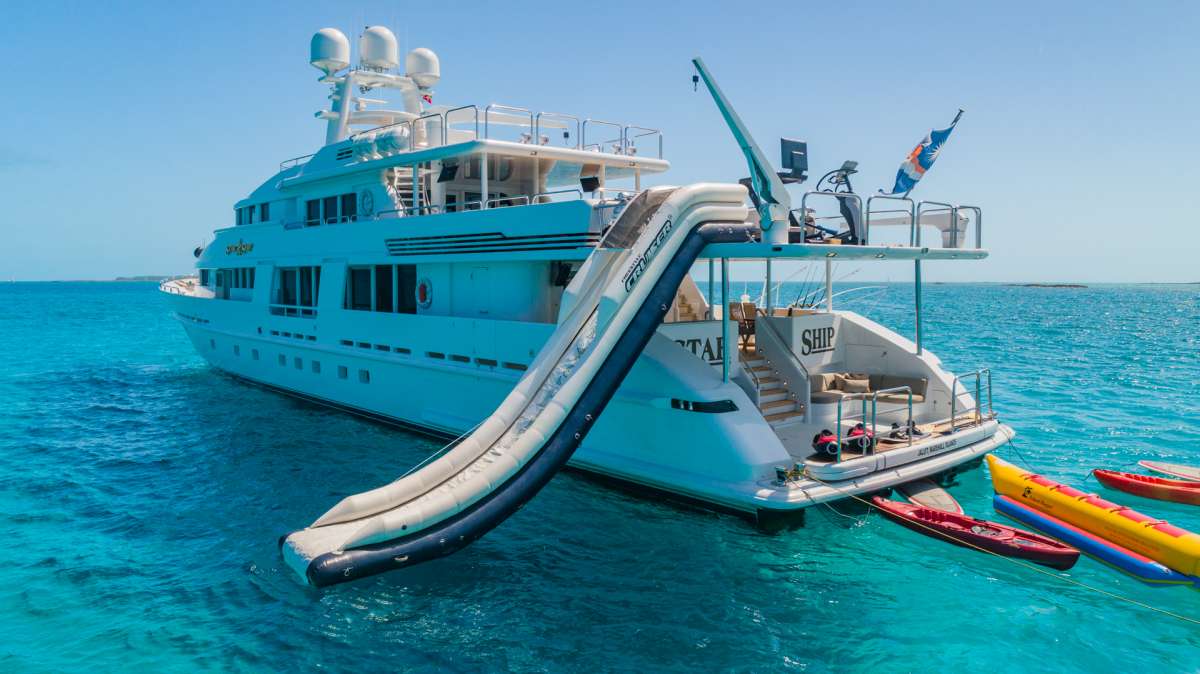 Steve, originally from New York, has been in Florida for over 20 years. Steve has been a boater for most of his life. His passion is ‘go fast’ boating, and spends most of his free time with other boaters in central Florida. Captain Steve has been with StarShip since 2003. Steve ensures that any charter or event runs smoothly from start to finish. He is a knowledgeable Captain and enjoys the company of our guests in the Bridge while we sail.

Noah is from Washington DC. He has a degree in Mechanical engineering from Montgomery College and has been in yachting for 5 years. He has been working on Fishing vessels for 15 years. He is an avid fisherman and loves freediving and spearfishing.

Andrew grew up in Long Island New York, where he studied at the Culinary Arts Institute. ‘Chef’ as he is known onboard Starship, is a “jack of all trades” who splits time between Florida and North Carolina. His passion for food and creative storytelling always leaves guests feeling satiated and enlightened.

Lindsay grew up in Montreal Canada. At the age of 18 she moved to the west coast and lived in Whistler, BC for 10 years. She has skied all her life and has traded the snow for the sea. She comes from an extensive hospitality background and has lived in places such as England and Australia. She has a passion for travel and new experiences. She speaks fluent French as well as a little Spanish and is always happy to practice. She has been in Yachting for 7 years and continues to strive to make each and every trip a memorable experience.

Dasha, as we call her, was born and raised in New York. Dasha has a passion for travel and languages, having spent a year in France, now she speaks 4 languages. Nature and the great outdoors is where Dasha can be found when not onboard Starship. With her calm disposition, and caring nature, she has quickly become a vital member of the crew.

Mikaela is originally from South Africa, 3 years ago her family moved to the States and so began her yachting career.
She is a pastry Chef by trade who studied culinary arts and advanced pastry at 1000 Hills chef school for 2 years. Her sweet nature and hard work ethic make her an extremely valuable member of the team. Mikaela has been on Starship since Feb 2019 and is excited to continue her yachting career with hopes of more travel and one day becoming a chief stewardess.

Brian grew up sailing in the Westchester New York area. Before his current 6 year yachting tenure he worked in different sectors of the maritime industry; commercial lobstering out of New England, Ocean Pearl farming in Australia, and Surf/Spearfishing guide in Panama. Brian is the first officer, who spends his free time Surfing in the tropics.

Jacob grew up in Santa Cruz California surfing and spearfishing. He has since moved to Florida and now resides in Sabastian with his adorable puppy. He has a great love for animals. Jacob has been in Yachting for 3 years and has worked his way up to a Bosun position. Jacob has a goal to become a captain one day.

Brian hails from the city of Angels, Los Angeles California, AKA ‘Hollywood.’ He grew up as an Athlete participating in a multitude of Sports, especially Golf, which is where ‘Hollywood’ can be found when not onboard Starship. From an extended experience traveling overseas he was introduced into the Yachting Industry, this is his 2nd boat, #dronepilot.